It was ten years ago. In San Luis Obispo. He was about to graduate. She had one year left. Shelley and Austin found each other right before life led them to different places. A few years of long distance later, they reunited on the Peninsula, eventually moving into a cute little house together in San Mateo. These Bay Area cuties have shared a roof for over year, which meant it was time for Austin to plan the perfect proposal for his sweetheart.

These two are smart. They have a budget. Michael and I are working on our own budgets with the help of Dave Ramsey and Financial Peace University! (Shameless plug) There was a planned amount for birthdays, but Austin had something a little more extravagant in mind for this one. For Shelley’s birthday, he scored one night at The Ritz-Carlton in Half Moon Bay and secretly—with the help of one very amazing employee—mapped out a whole plan to sit by the fire on their outdoor courtyard overlooking Miramontes Point and Three Rocks, take a romantic stroll down the golf course to the water, and pop the question right by the gorgeous Pacific Ocean.

We met Shelley & Austin as a bridesmaid and the best man at our favorite 2018 wedding with our sweet #ascouple Stefanie & Jeremy (whose engagement session was stunning at the San Jose Municipal Rose Garden). It feels like such an HONOR to be invited back into their circle, or as they told us, “keeping it in the family.” Ahhh! That’s us! So naturally, we HAD to celebrate their engagement session with the very location at which they became engaged! This Ritz Carlton Half Moon Bay engagement session is OFF THE HOOK.

Guys. The Ritz. The Ritz Carlton. It’s THE RITZ. I mean, I know people stay there all the time, and I shouldn’t be surprised at how luxurious it feels, but COME ON. We pulled up in Chris Pine (my cute pine green Toyota Corolla) while others were handing off the keys to an Aston Martin, Ferrari, Bentley and brand spanking new Audi. Chris Pine was out of his league. Just entering into the dining area felt like we had taken an elevator to the top of the upper class. We couldn’t even afford water! (that’s a joke… water’s free… I think)

No matter! After a couple of cocktails with our bride and groom to be, we continued our Ritz Carlton Half Moon Bay engagement session along the walking path just outside the property lines. The cliffs were GORGEOUS. A sheer drop down to my favorite body of water. It was the perfect backdrop of this AS Couple and their Half Moon Bay engagement session. And that BOOTY LIFT! A classic!

Shelley & Austin, we love you both so much! We had such a blast with you at your Ritz Carlton Half Moon Bay engagement session and we are counting down the days to your Menlo Park Wedding in September! It’s going to be so so so much fun! 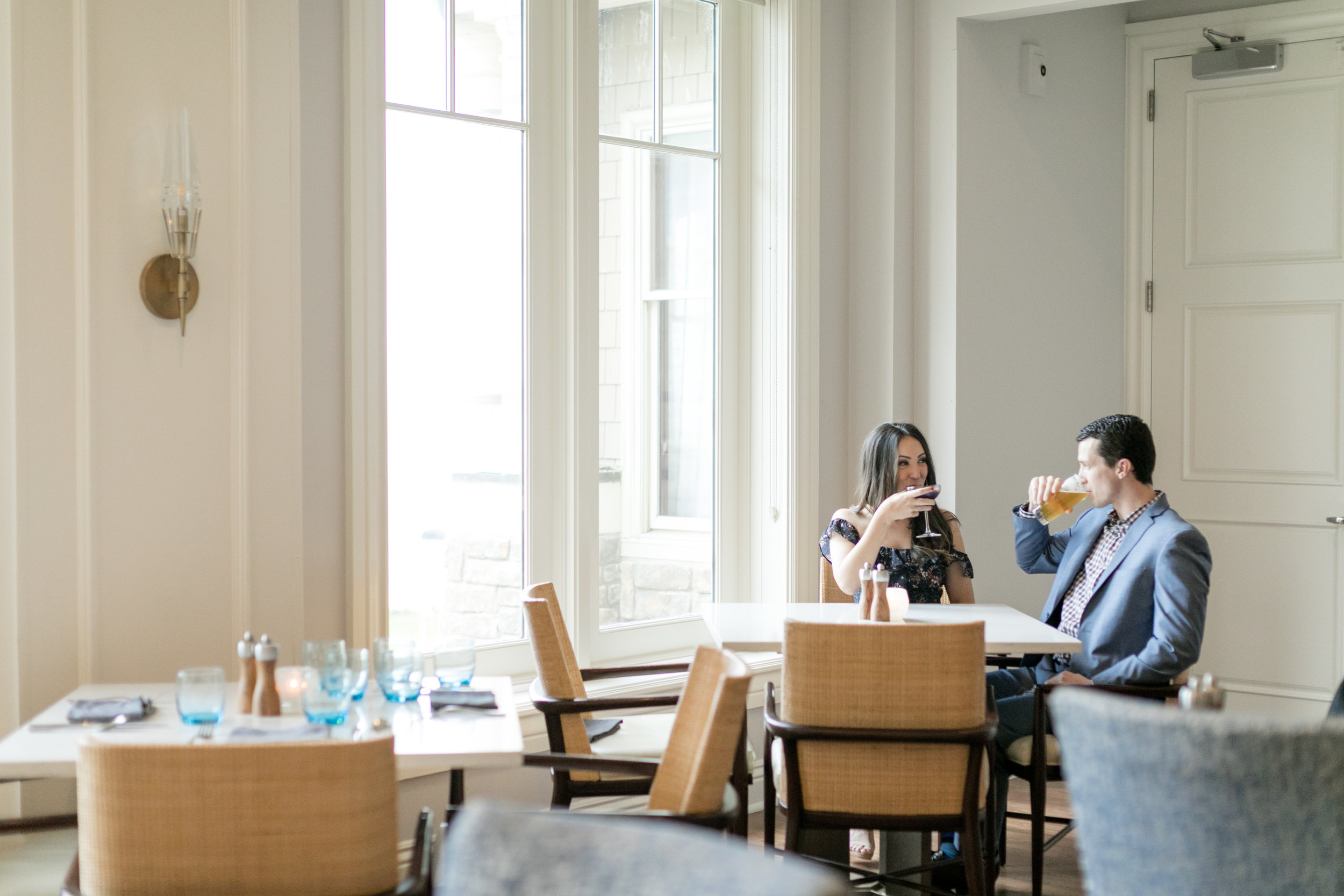 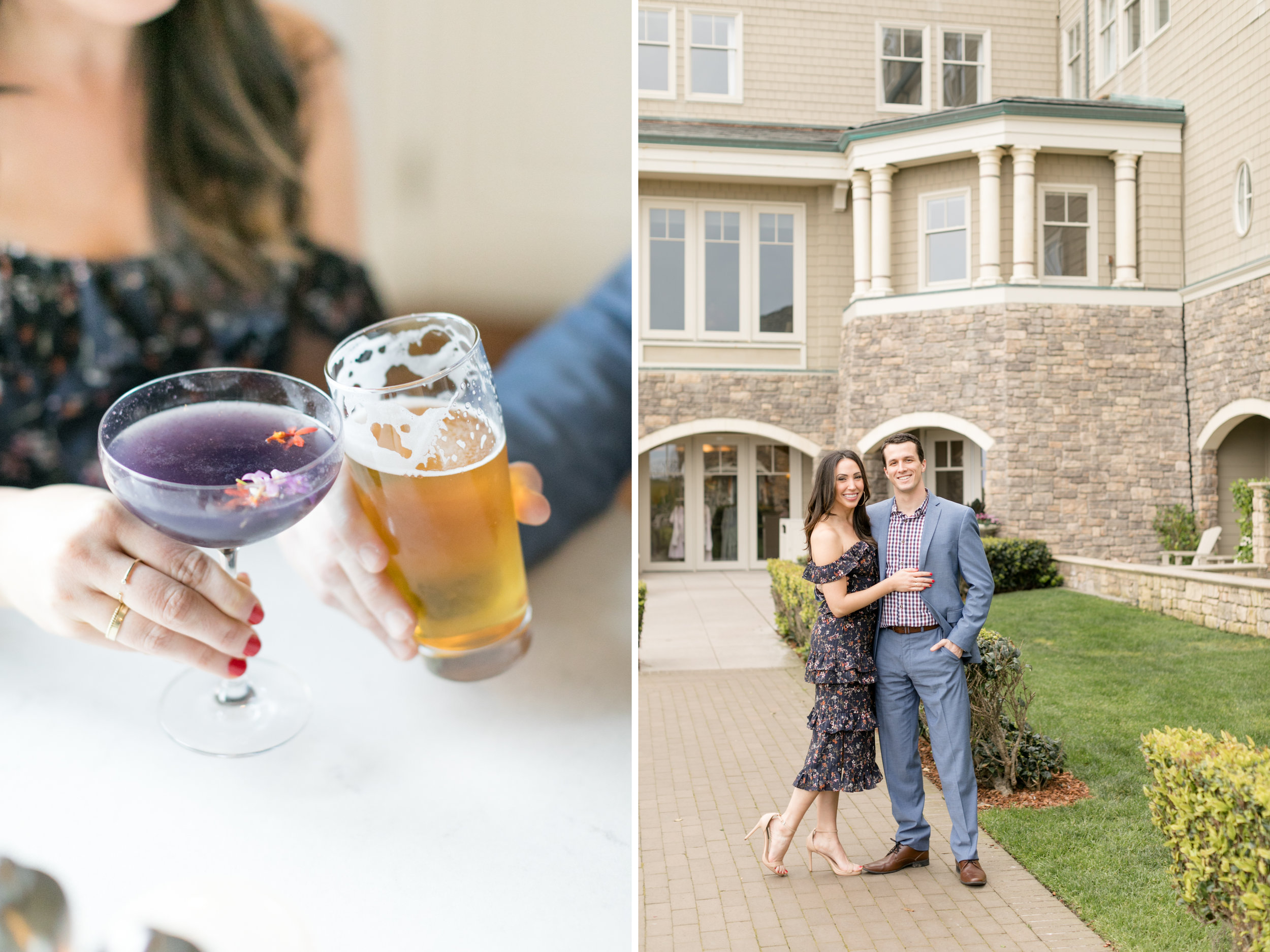 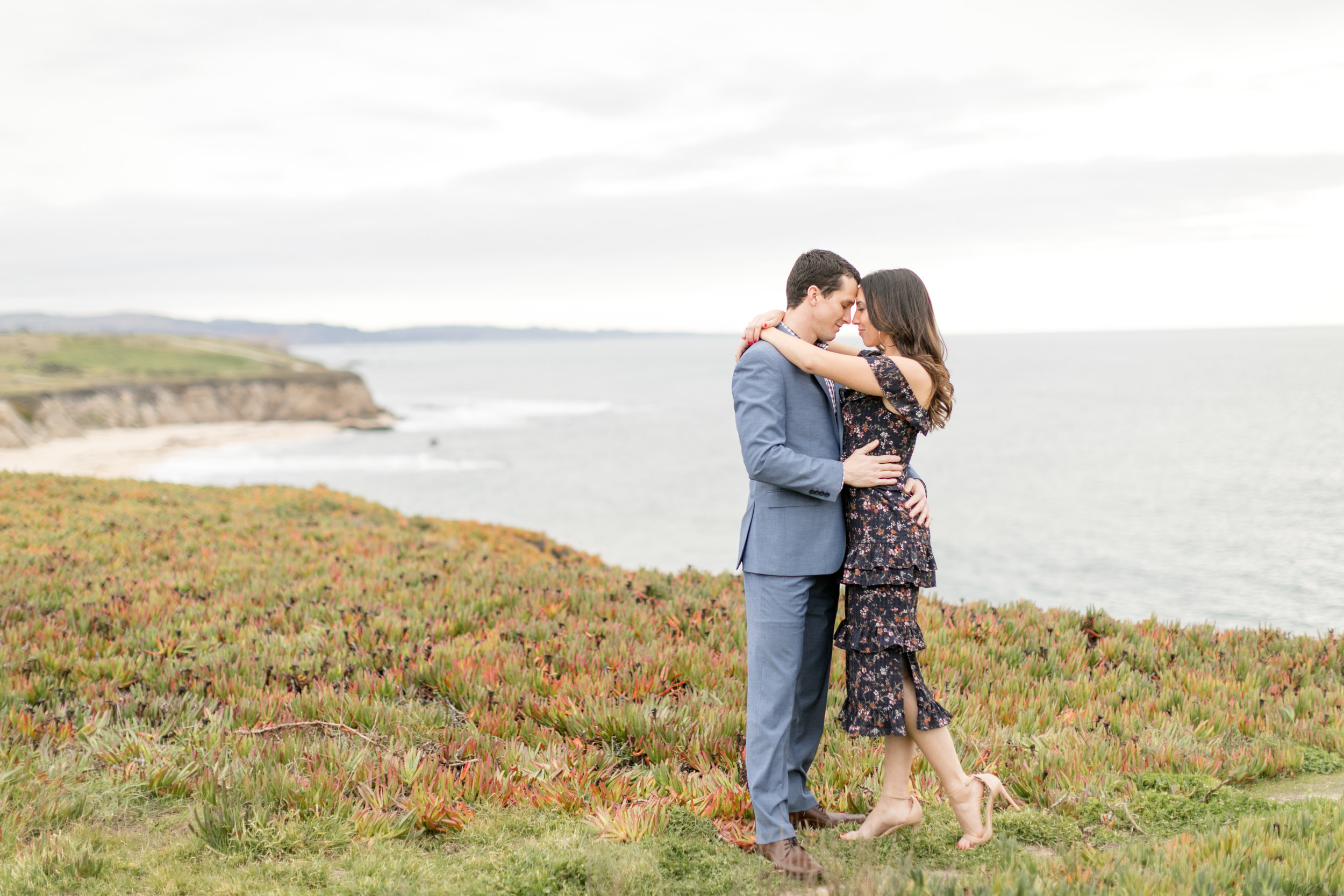 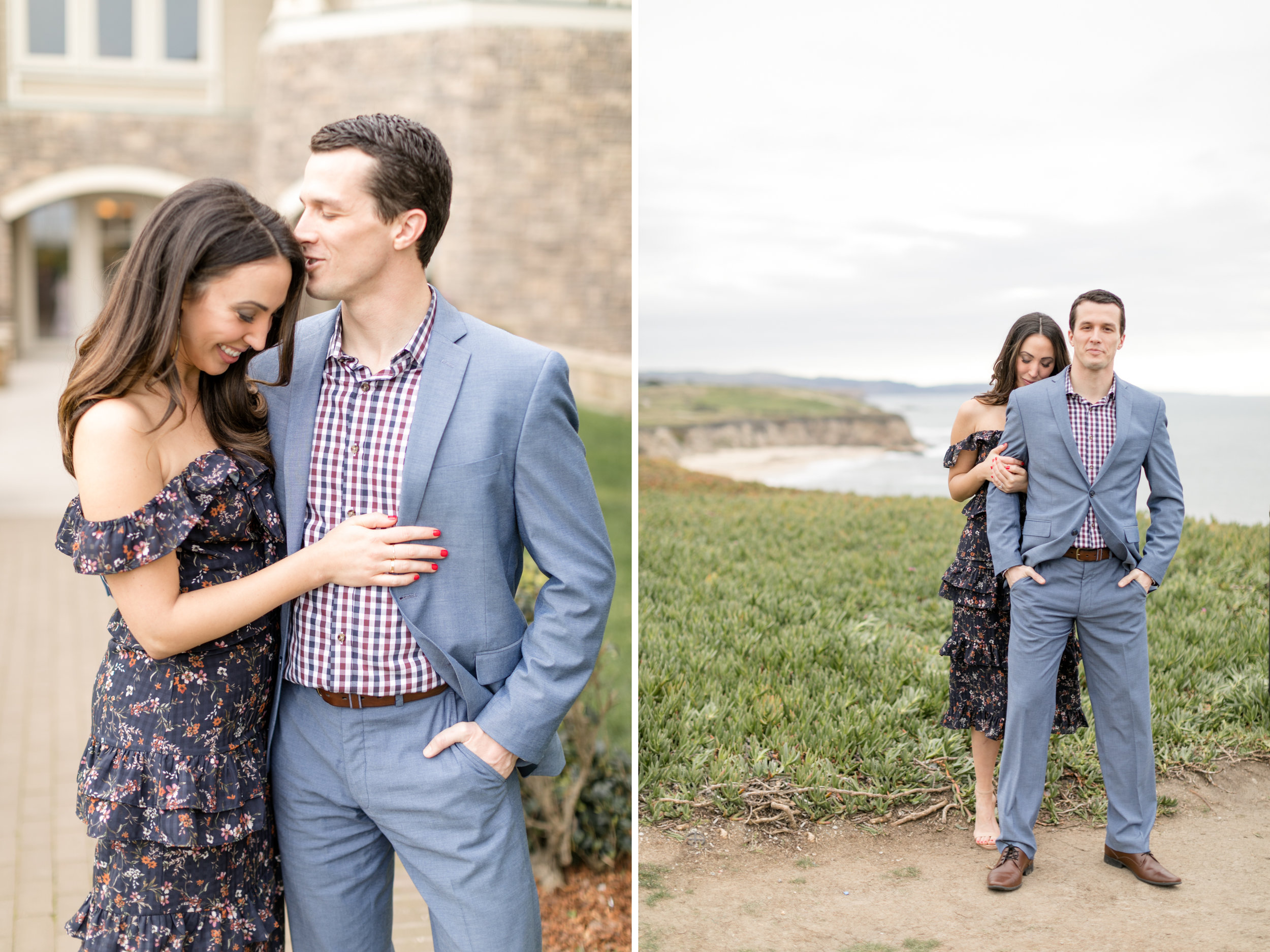 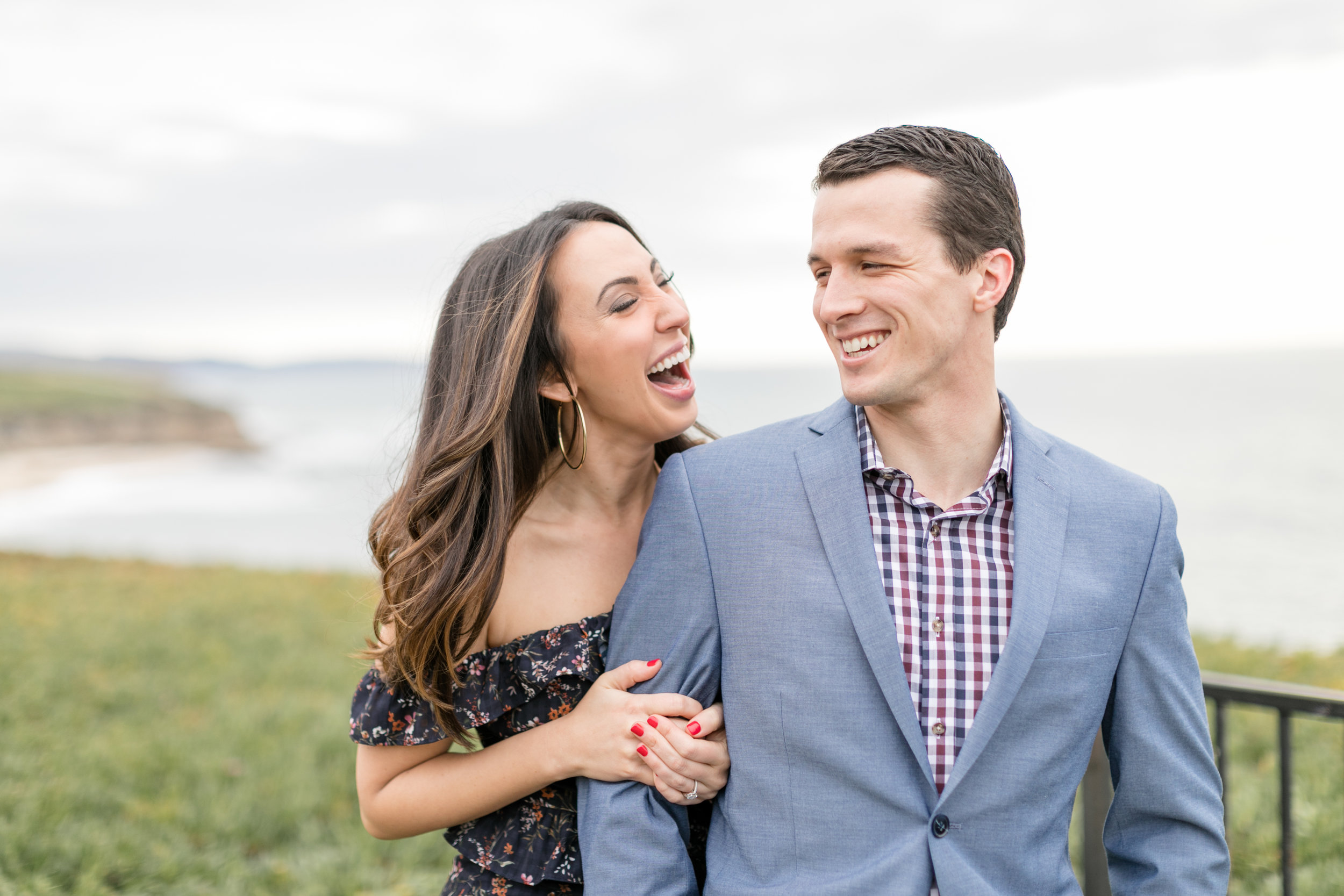 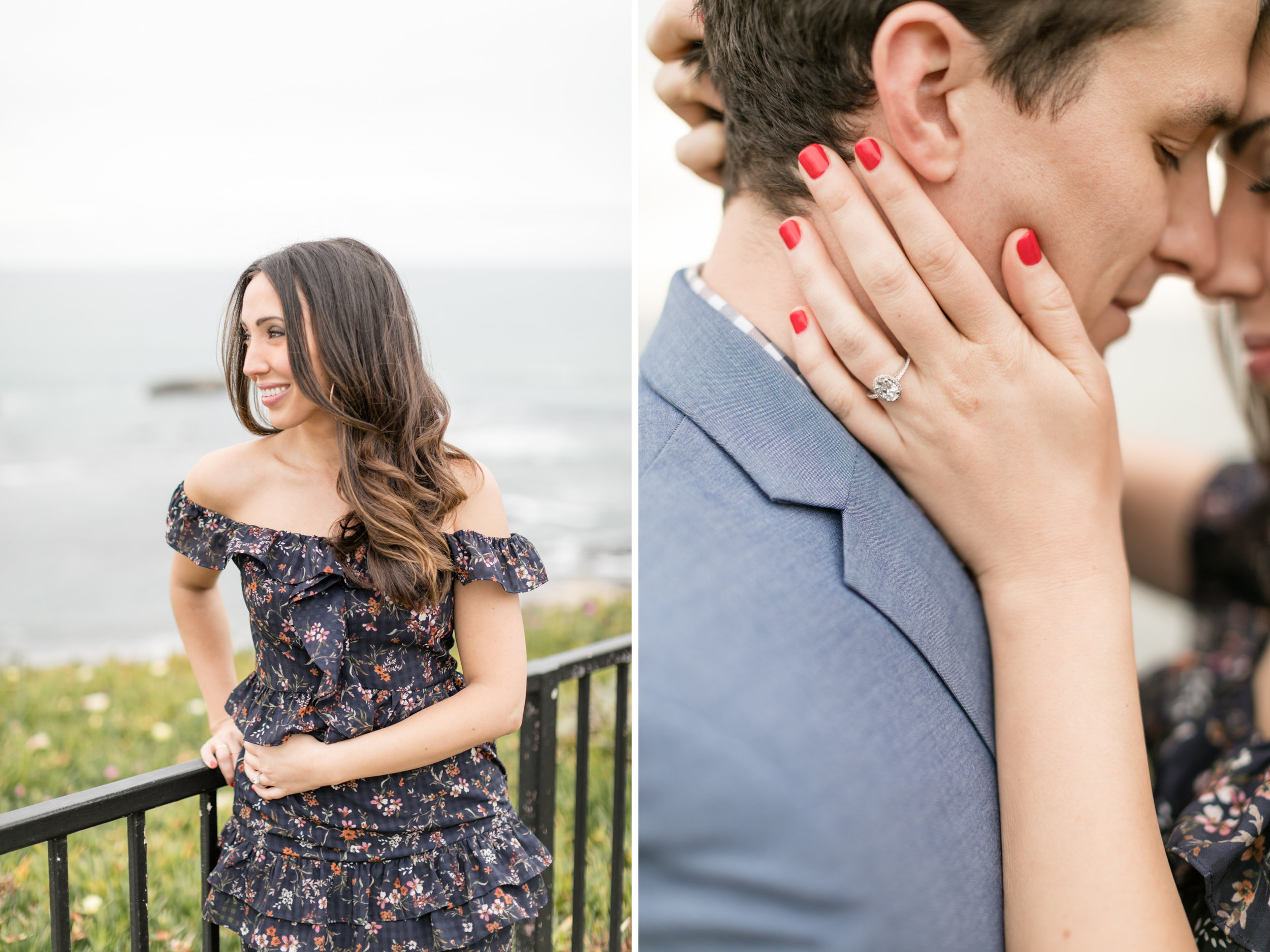 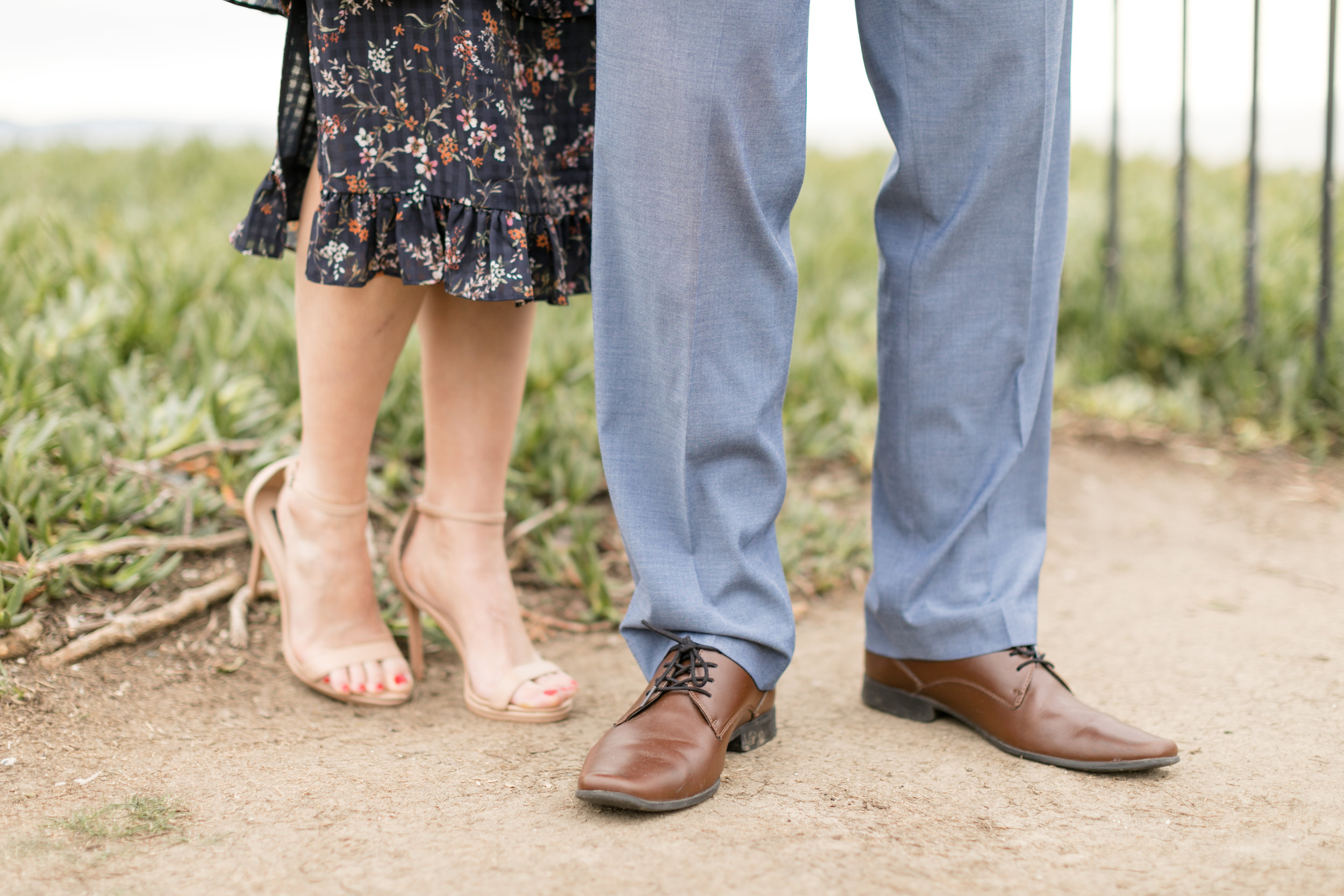 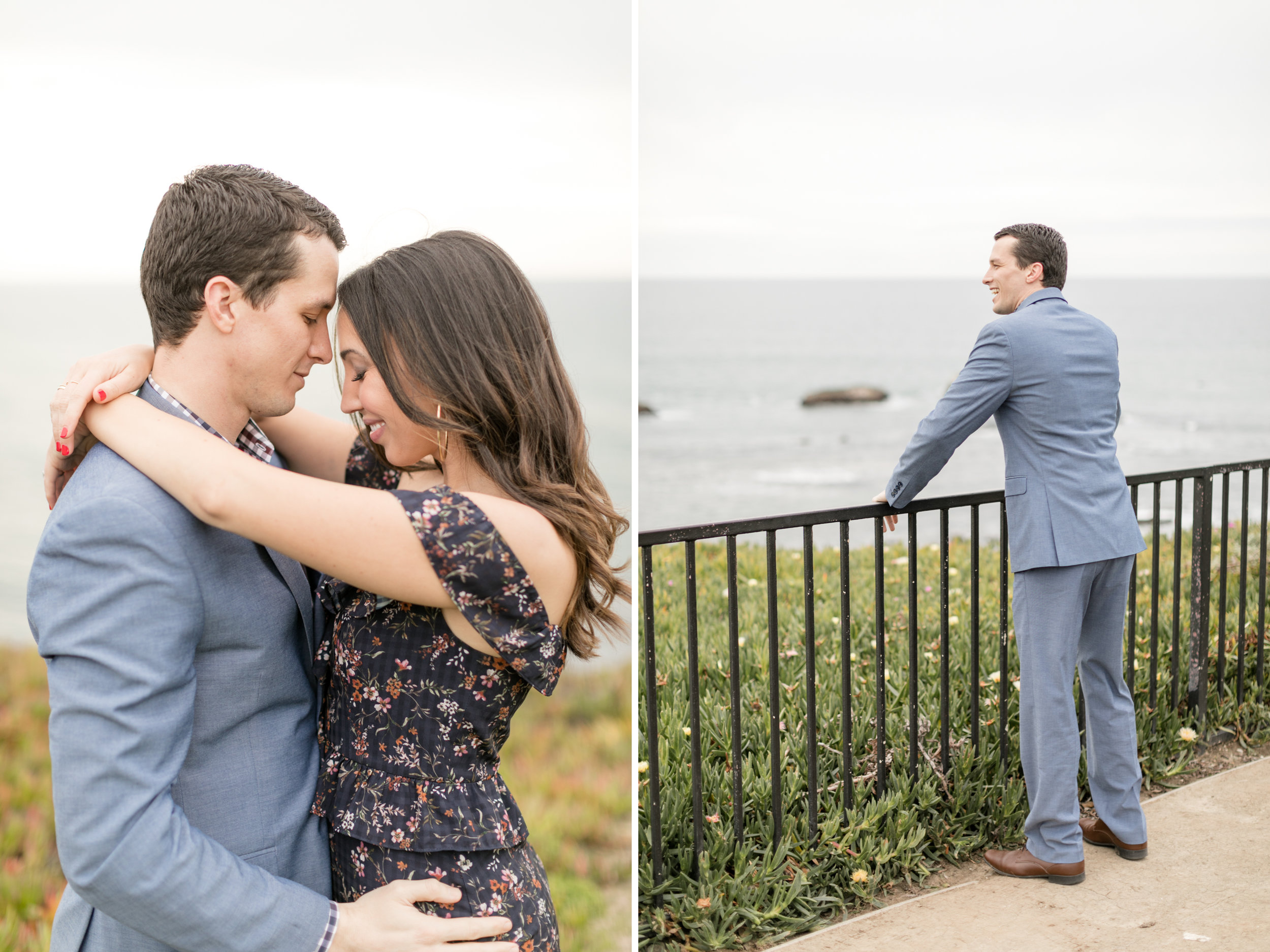 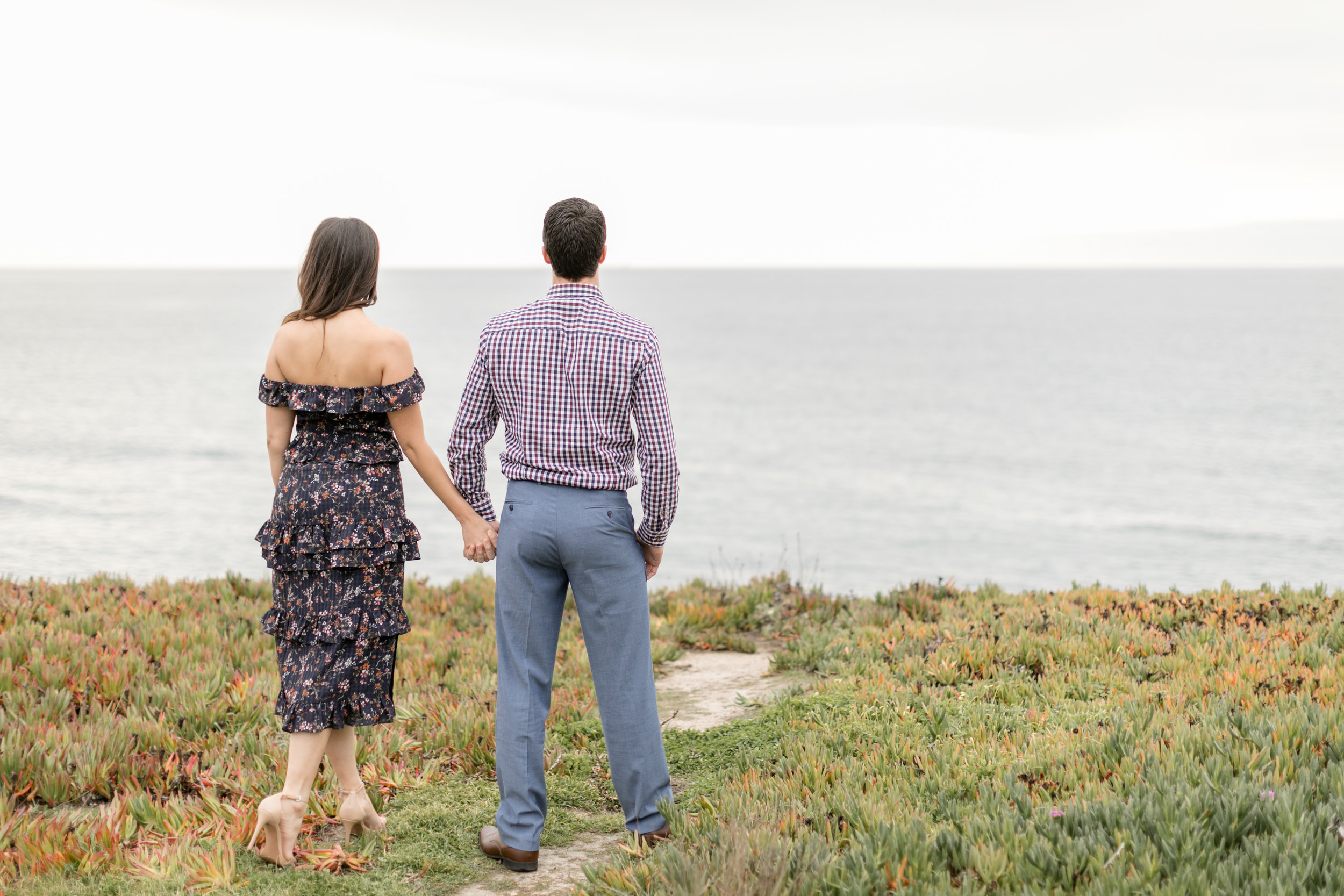 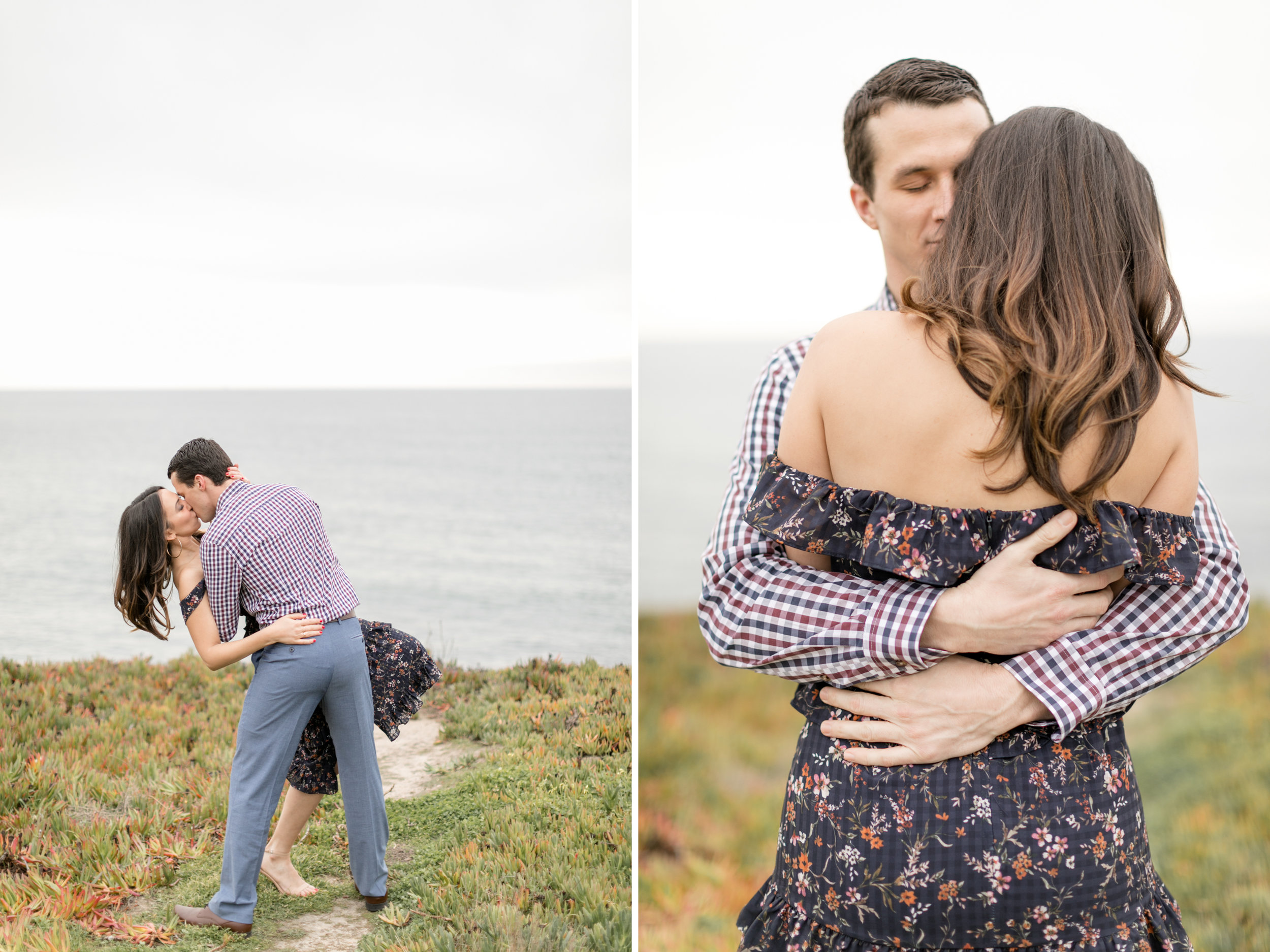 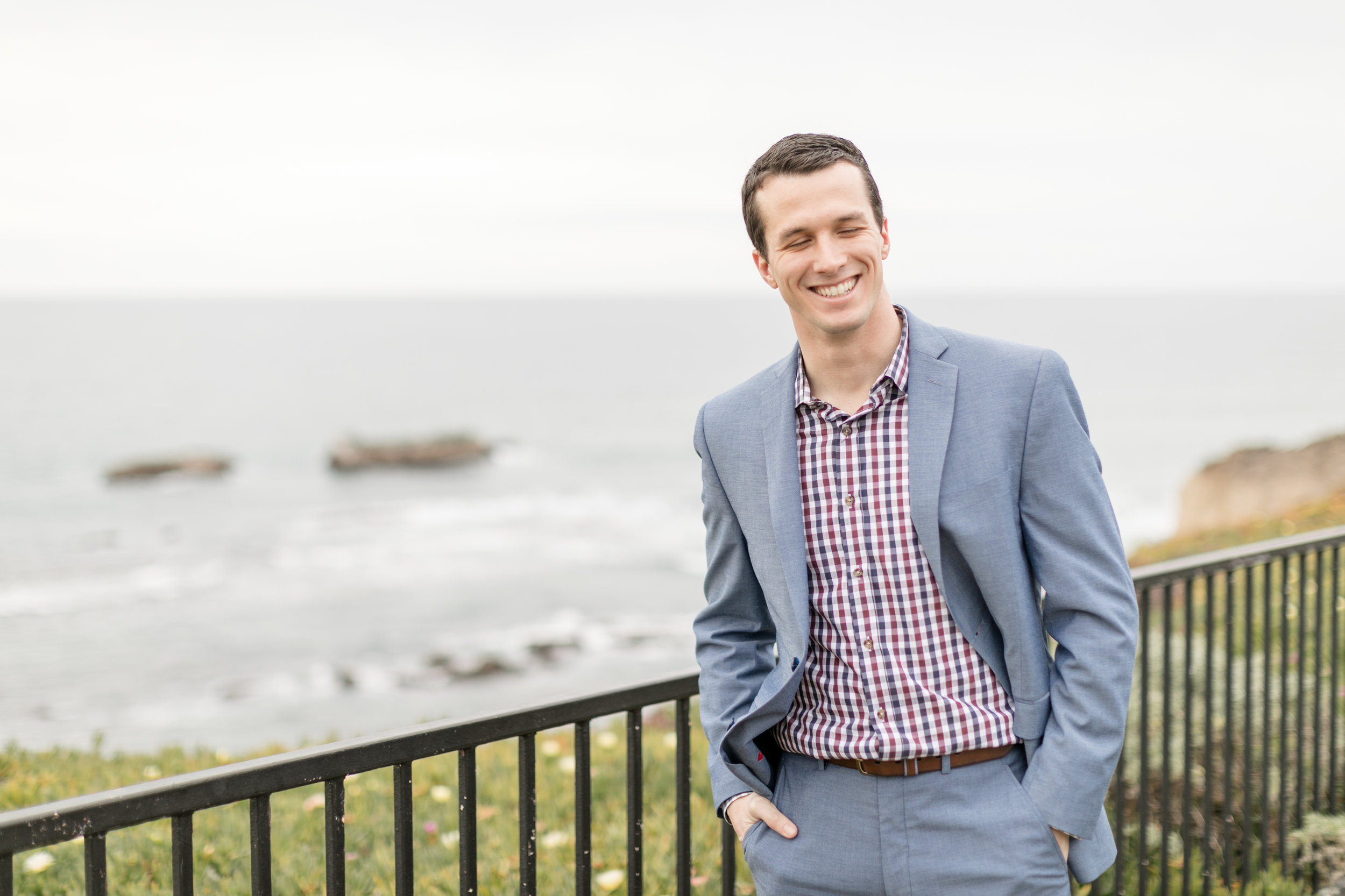 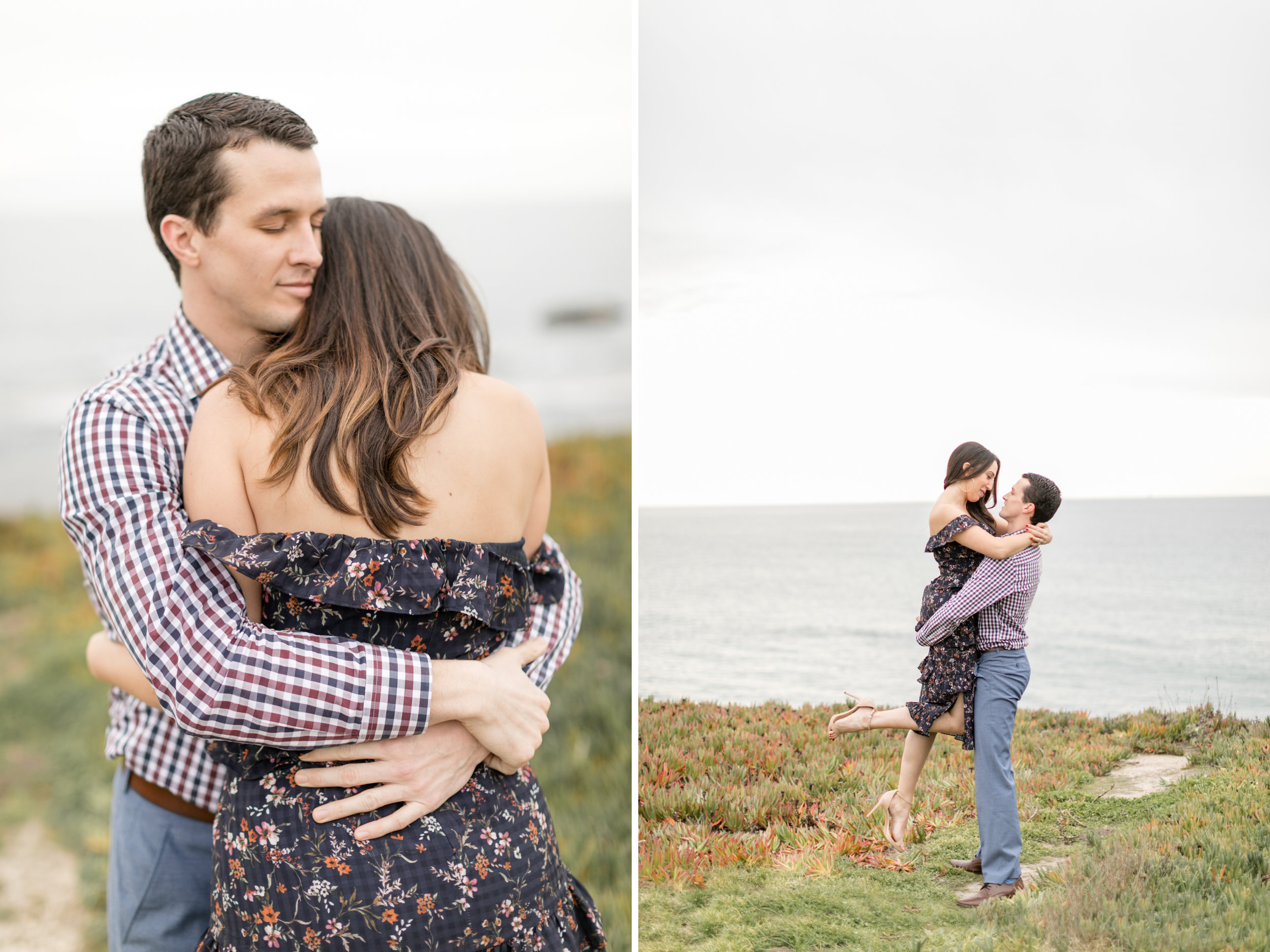 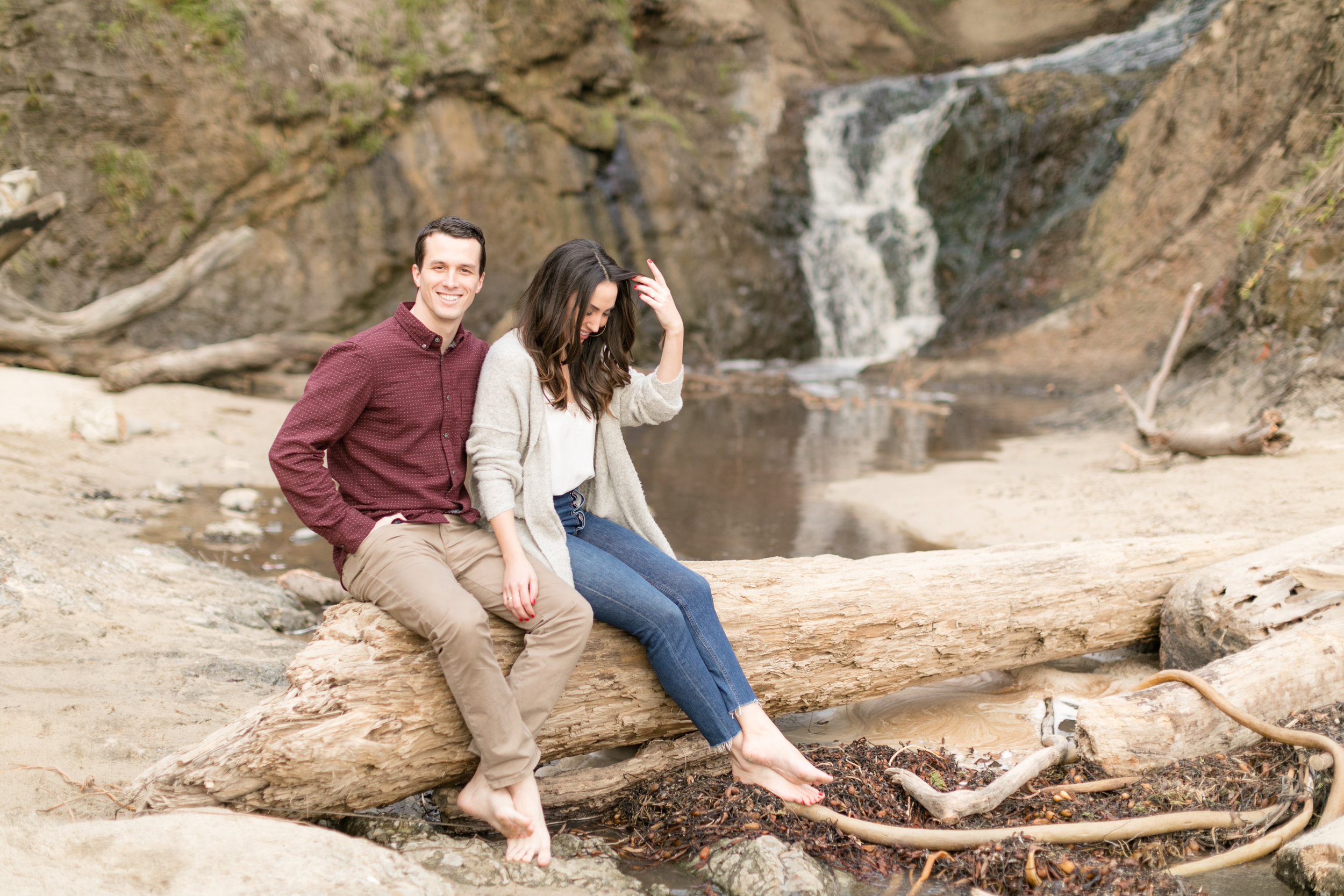 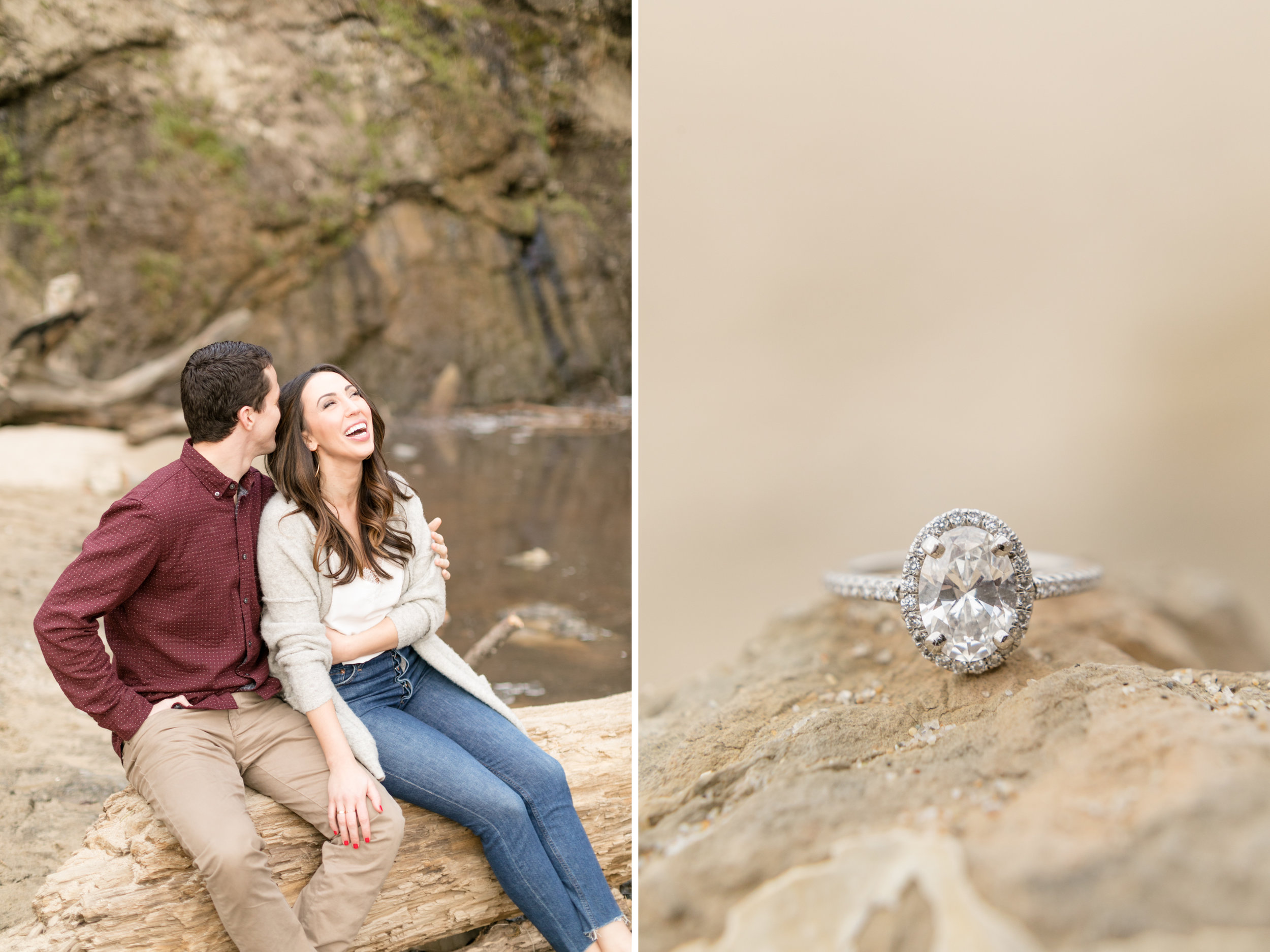 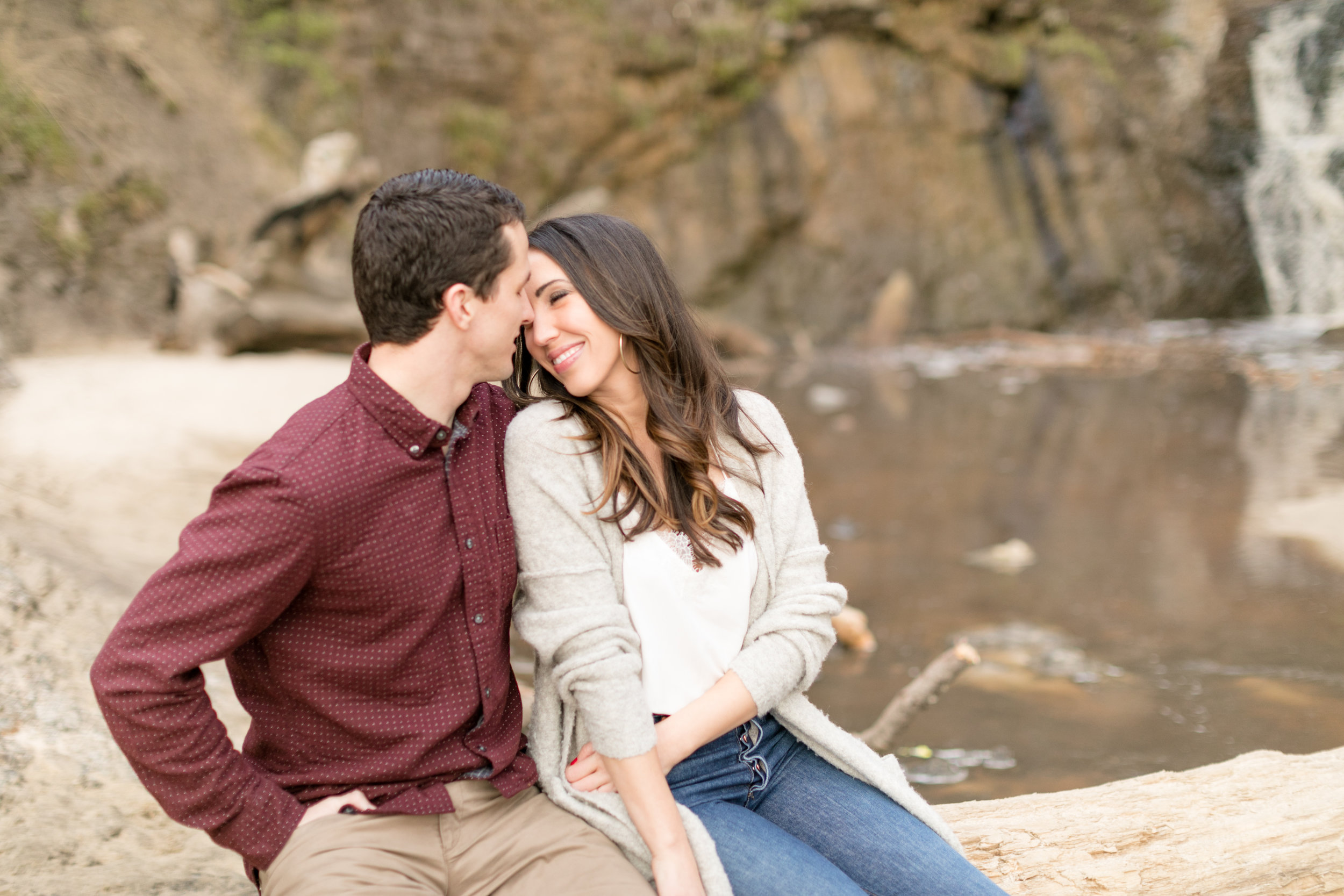 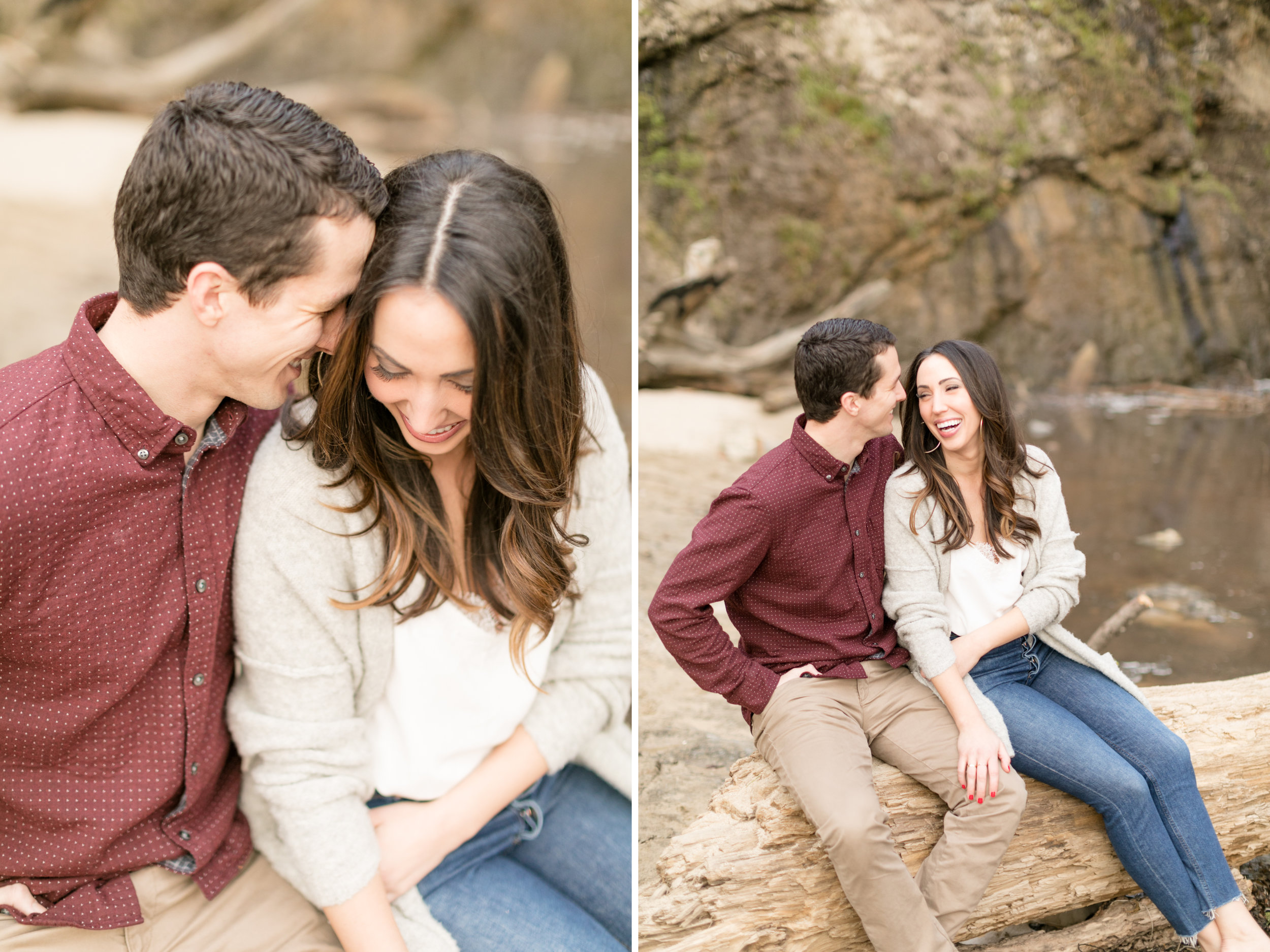 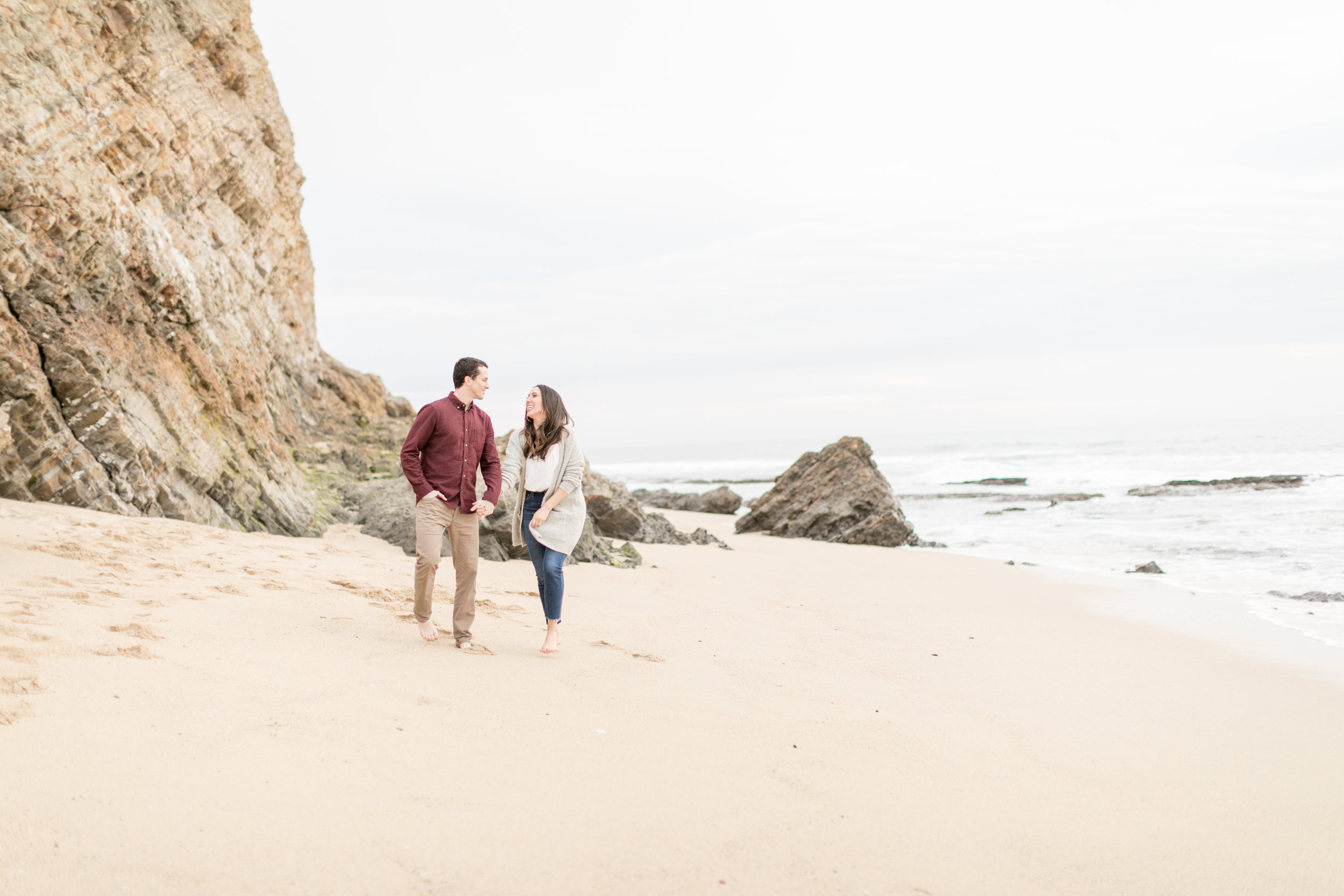 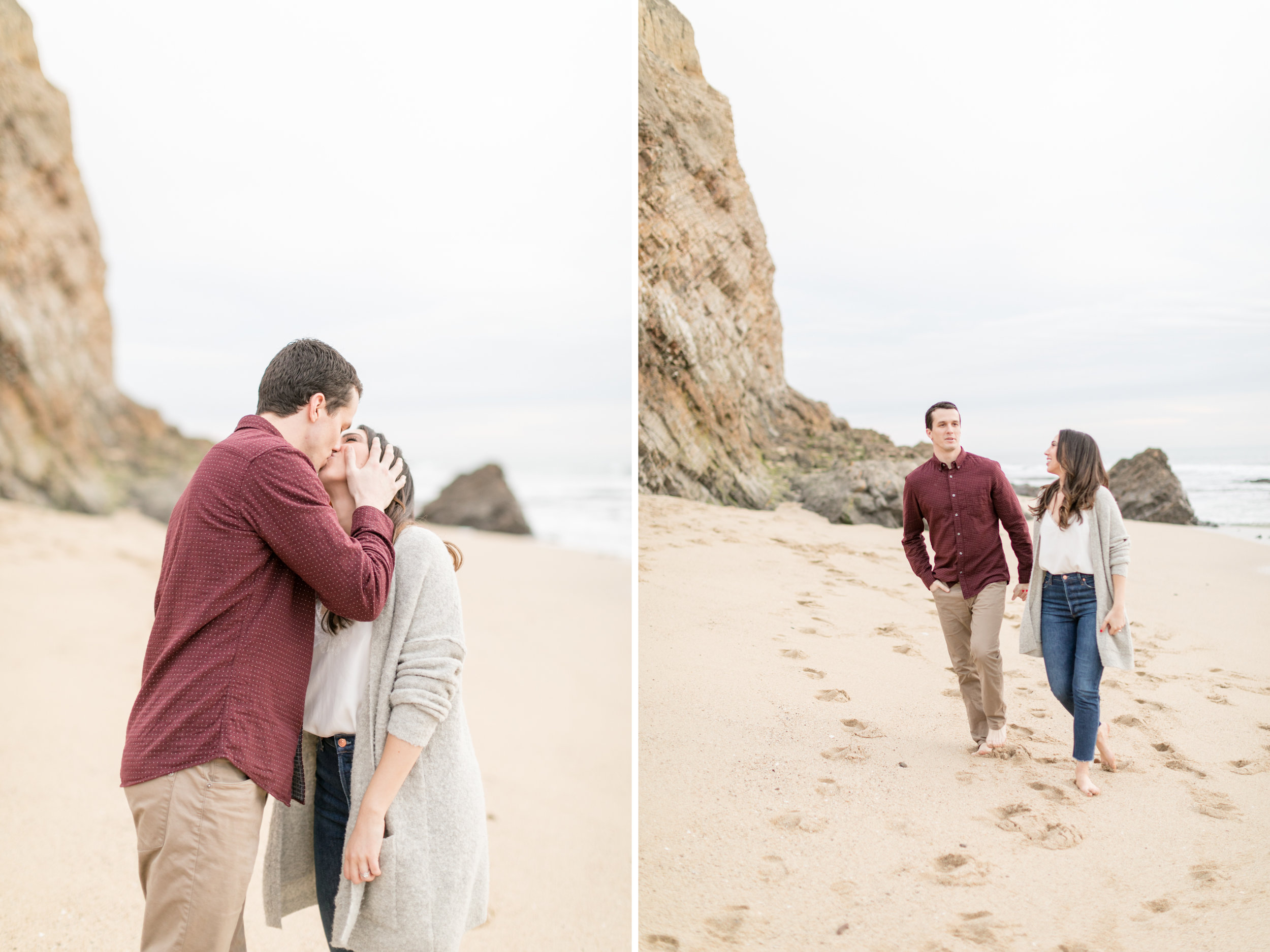 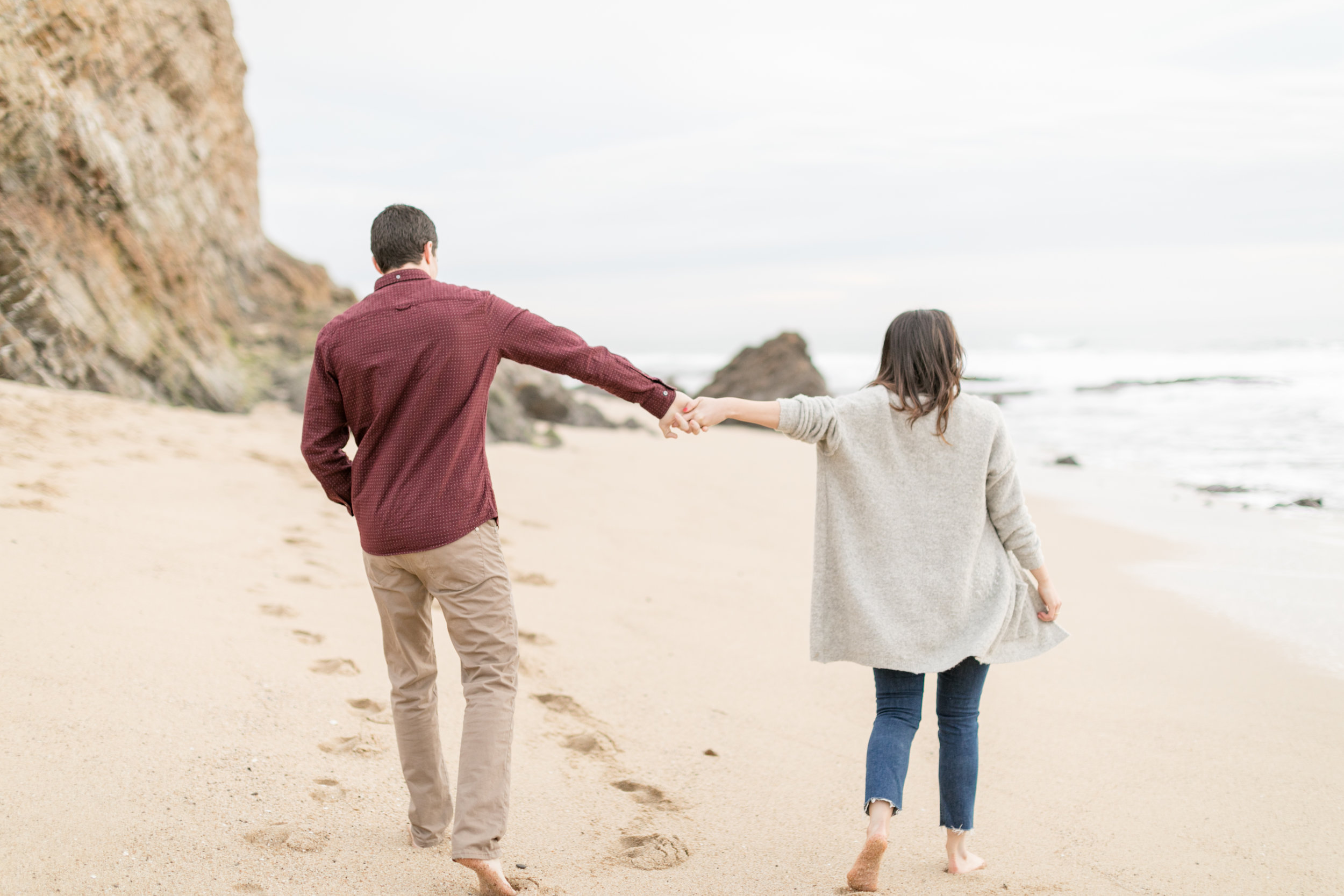 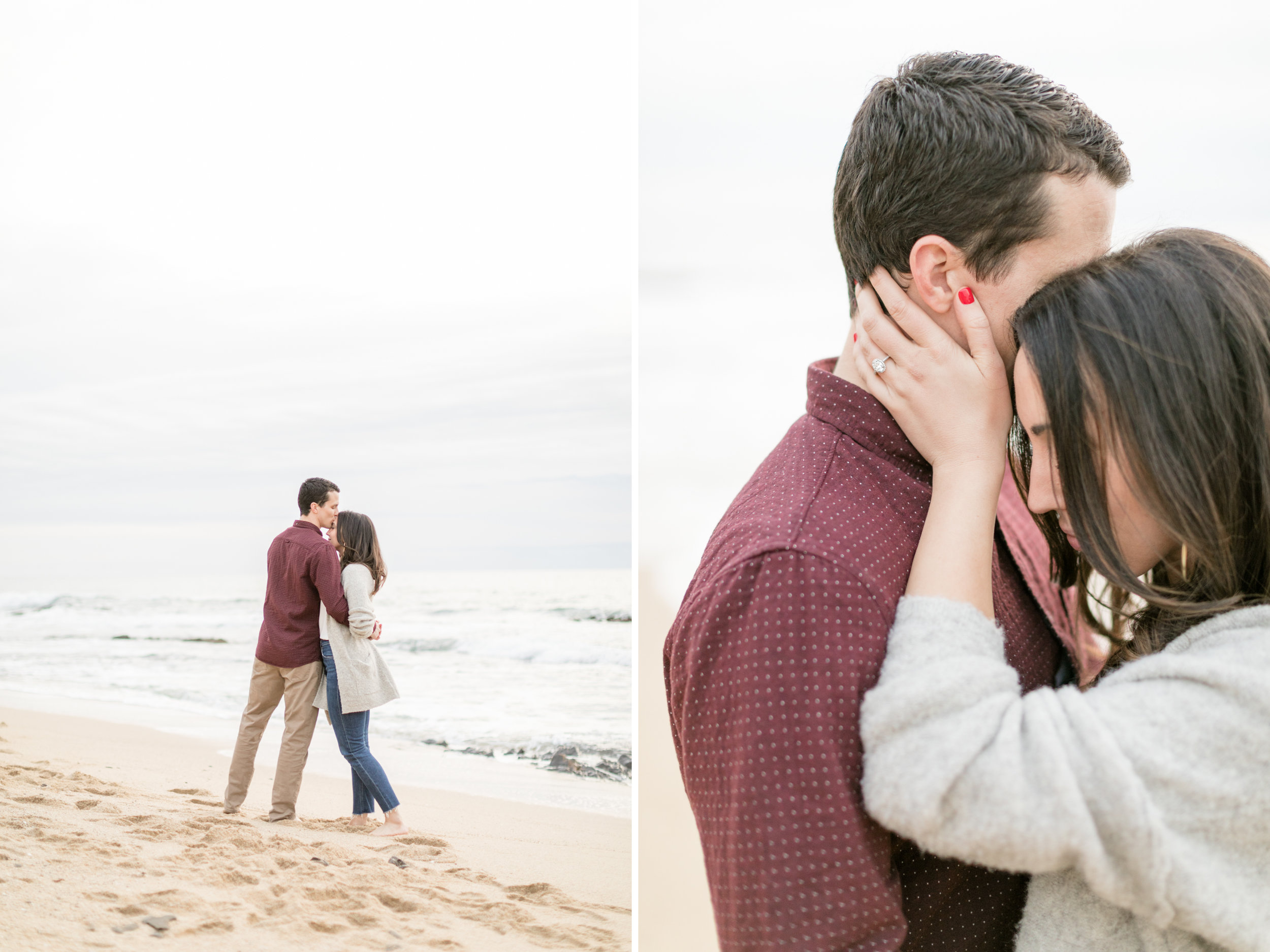 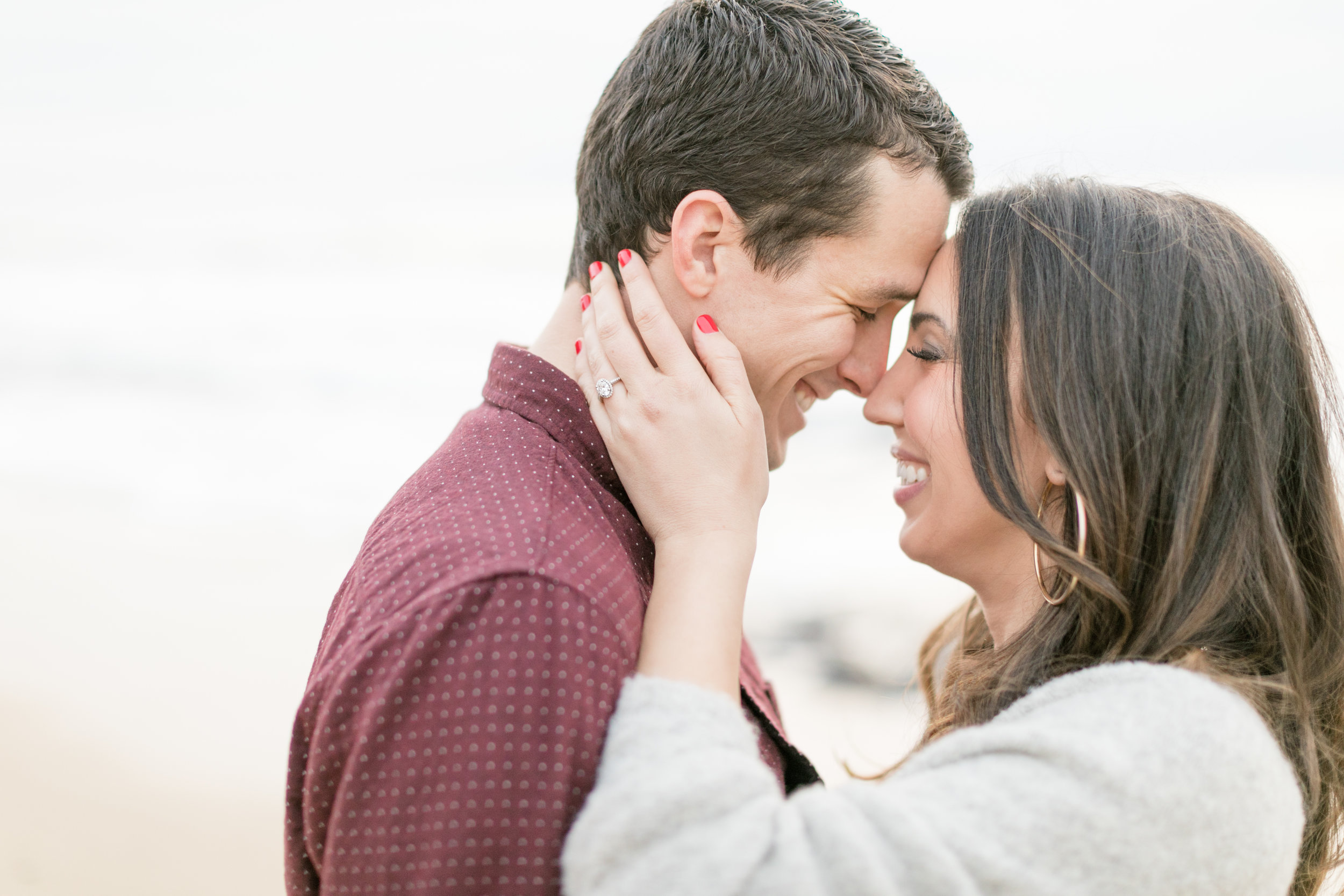 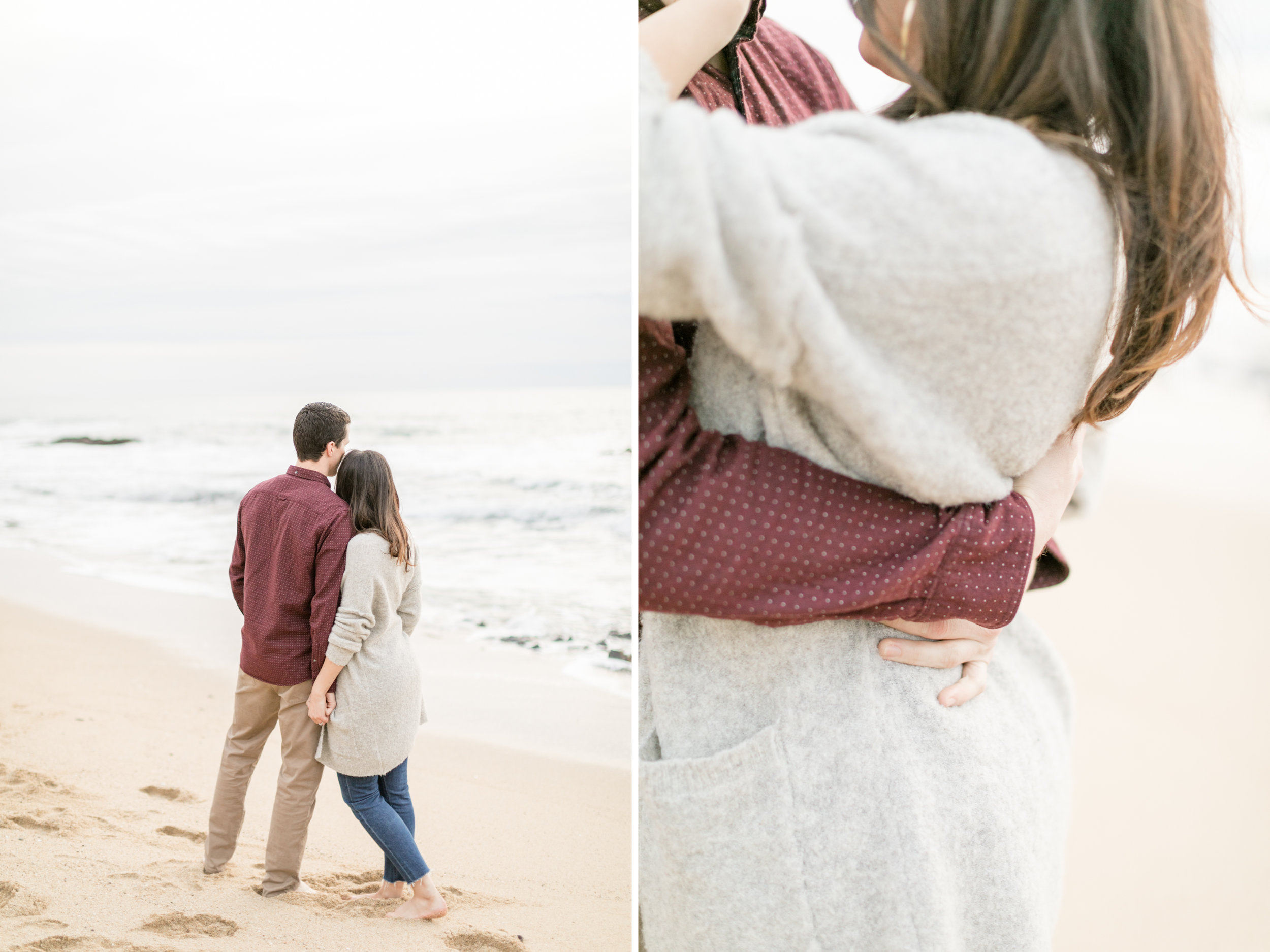 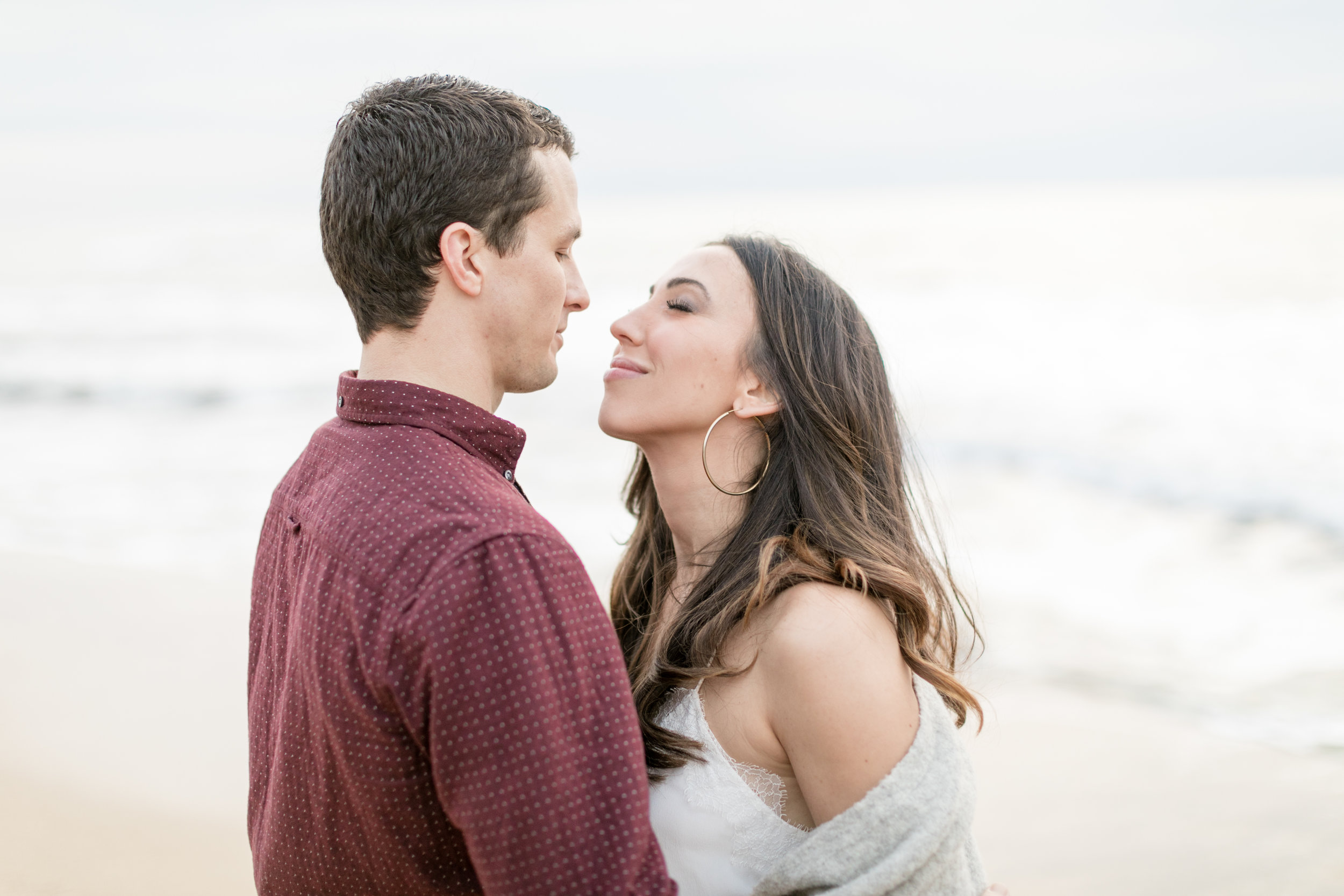 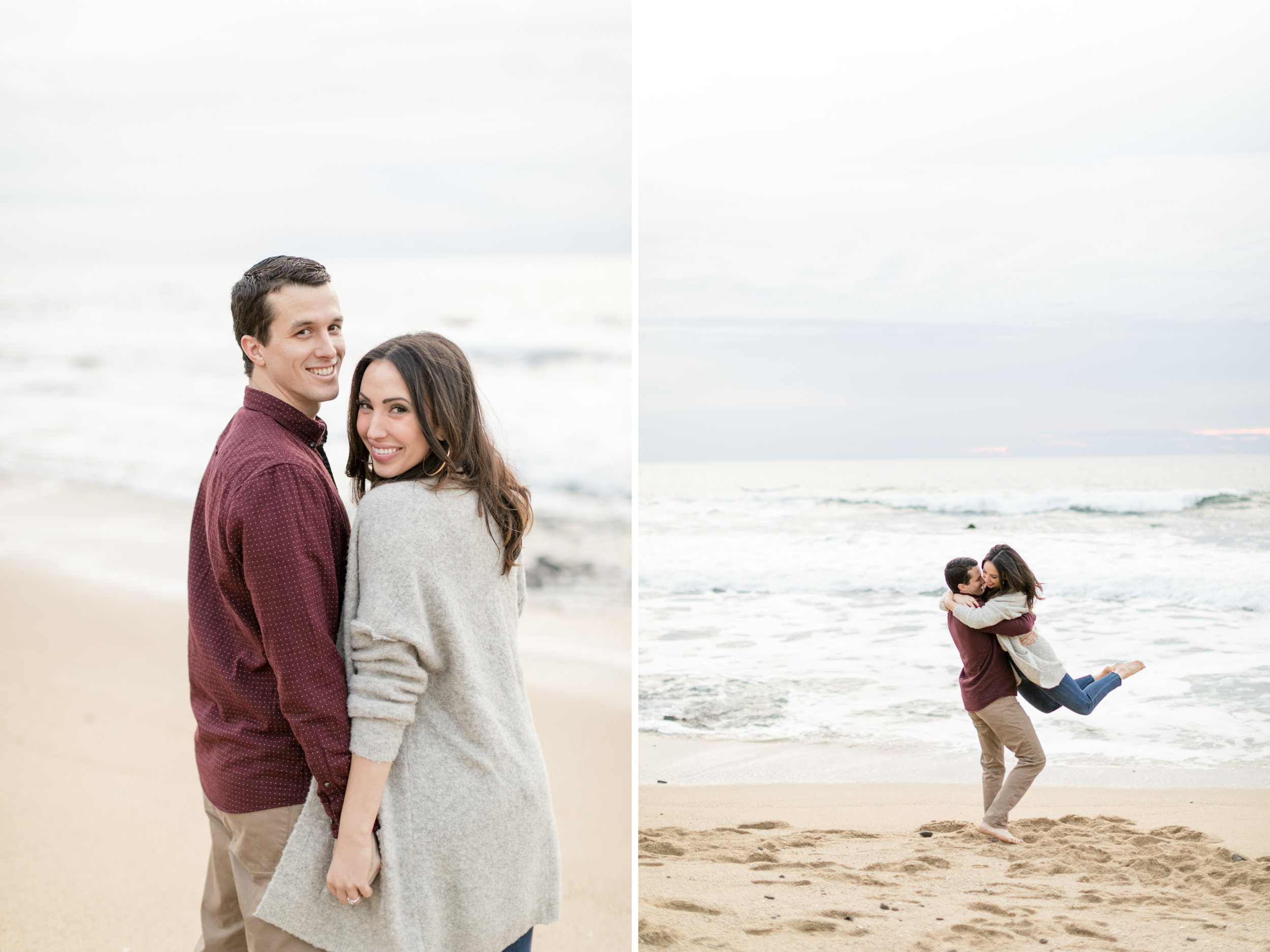 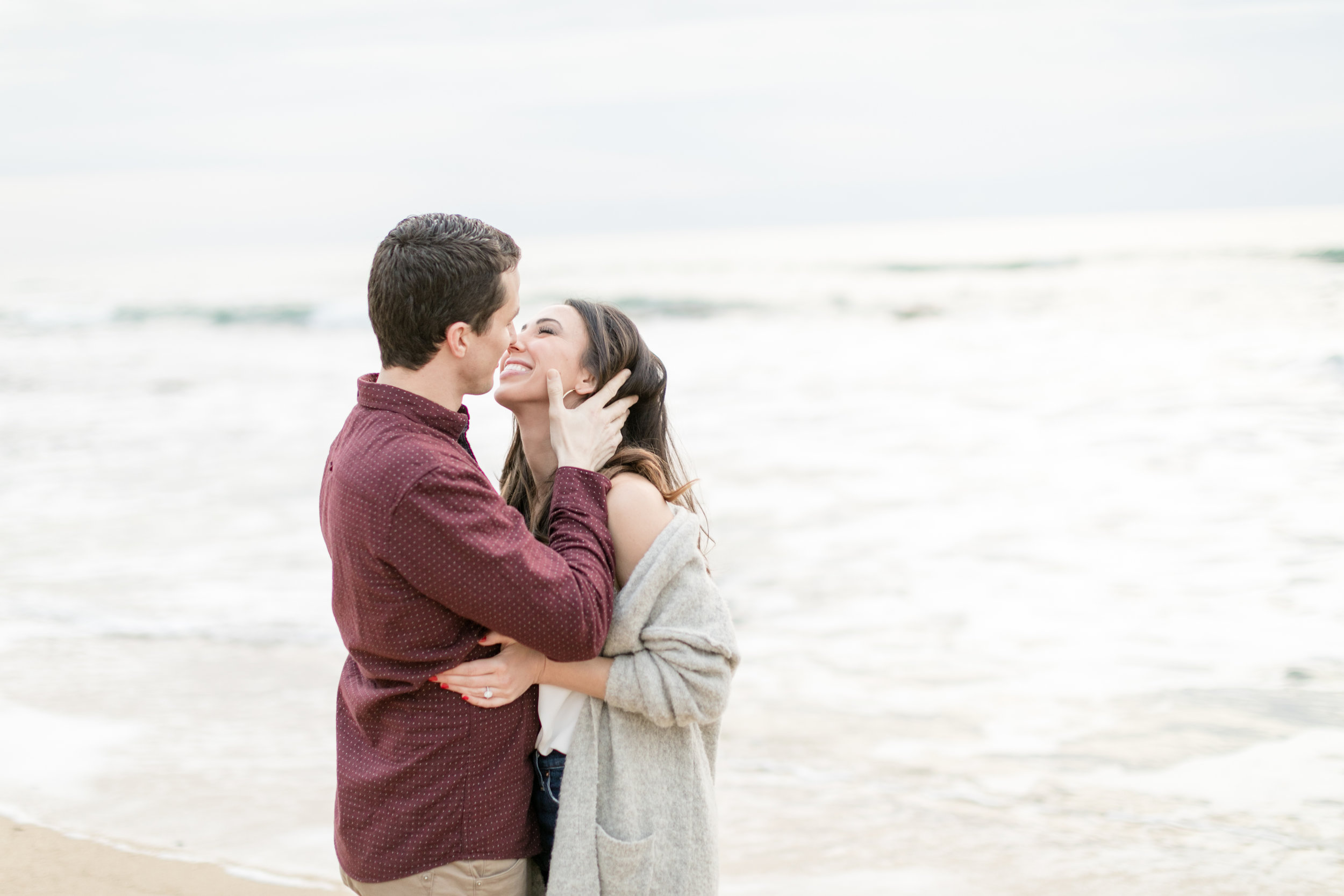 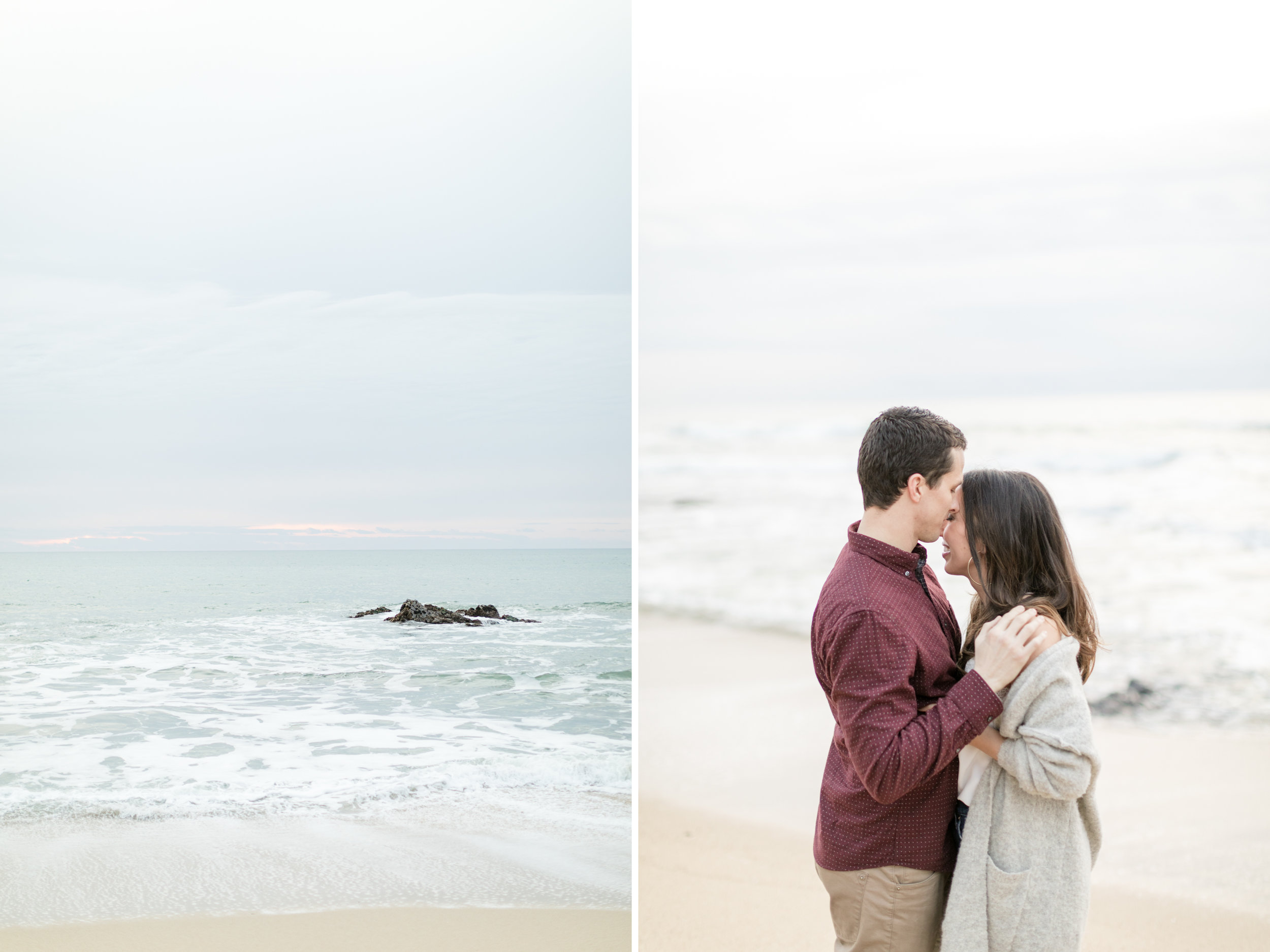 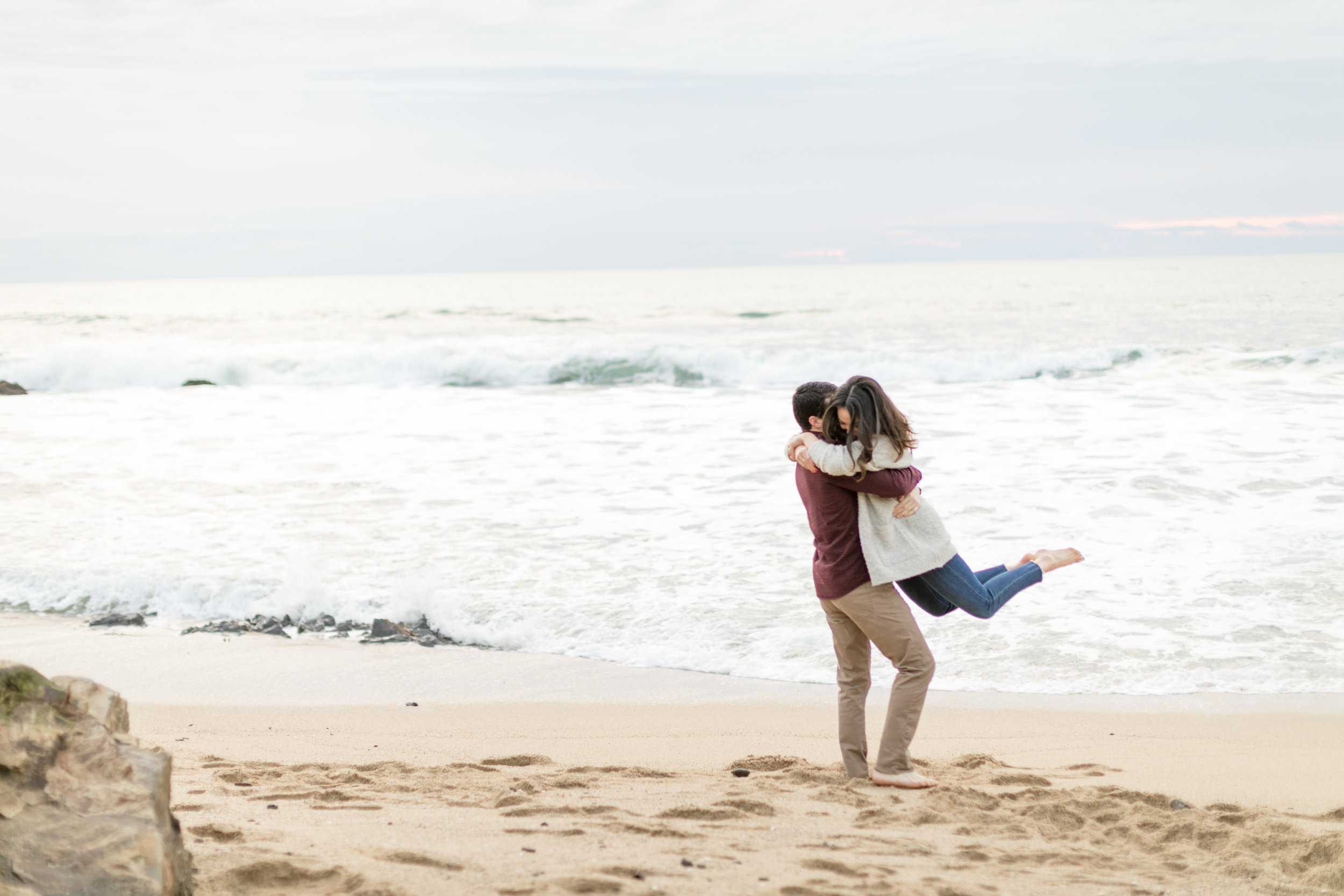